Sadly for us, the site is down and and there is no sign of it coming back. I should have taken the chance to download the lot of them as an investment.

As mentioned in the comments, there are still plenty of films kicking around YouTube if you are looking to find them.

It seems North Korea is hitting the headlines again today. Questions about whether Kim Jong-un is a film fan seem to be answered by his apparent want to turn 1980s classic “WarGames” into a reality and yet this blog has remained relatively quiet. Especially after I boasted in my last post that I was going to unleash the mother lode of North Korean film news.

Well, it’s almost with a heavy heart that I unleash this on you. A few months back a lovely man called Charles emailed me a link to a site that was hosting over 500 North Korean films for download. At around US$2 each.

So there. I faced it. The reality of chasing down copies of North Korean films off dodgy Russian torrent sites, the awesome people I meet on the comments board of this site, has become needless. The internet is an amazing place, but I just miss the days when you could trawl around looking for things for days/weeks/months and not find it. Now it’s all here under one roof. 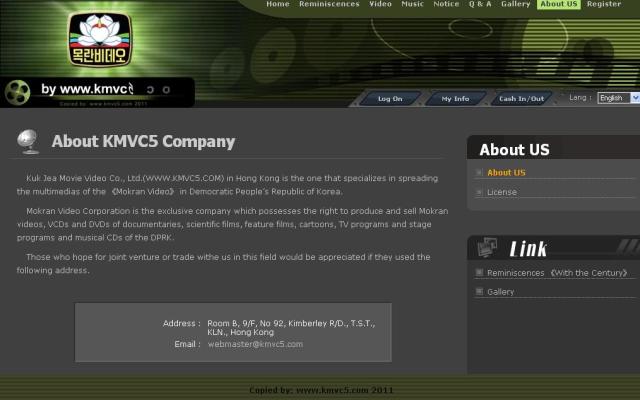 So Hong Kong company KMVC5 (and they’ve made it even easier by giving you the option to put it in English) representing Mokran are offering you the best chance to get hold of literally hundreds of hard to find North Korean Films, cartoon, performances and documentaries.

So go there. Watch movies and let me know about them. In the meantime, I’m going to watch this YouTube clip of a Mokran factory in North Korea making DVDs. What an absolute banging soundtrack.

22 thoughts on “The Mother Lode Of North Korean Films”