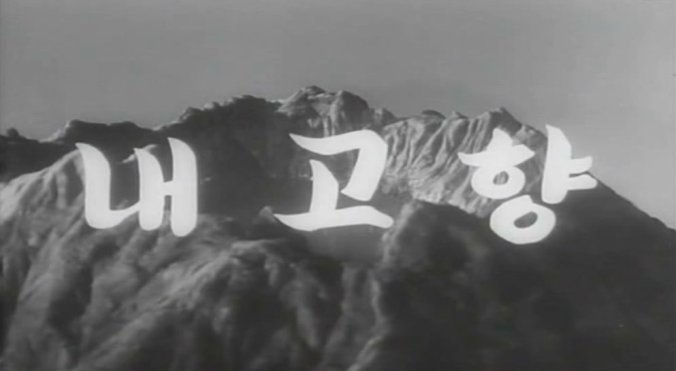 It’s been such a long time coming.

I finally tracked down – and finally sat down and watched – the first North Korean film ever produced: My Home Village (1949), directed by Kang Hong-sik.

I knew what to expect from the film (a lack of English subtitles meant I only had a crude English synopsis to guide me) but having watched my fair share of Chinese films made after the Communists took power in 1949 I recognized many of the staples in this DPRK effort.

I managed to isolate the opening scene from the film, which I think represents what’s the come quite nicely.

Present were the imperialists, the landlords and the downtrodden masses. As with most communist films set “pre-liberation” the arrival of the communist masses brings about a happy ending for all involved. And some archival footage of Kim Il-Sung (who looks remarkably like the DPRK’s present leader Kim Jong-un) caps it all off. 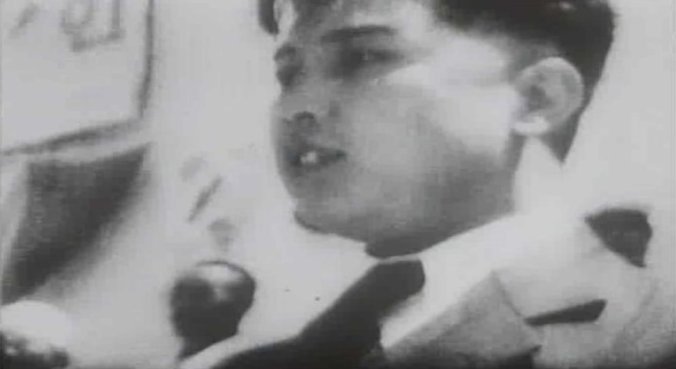 For an idea of the plot, here’s what the book Korean Film Art had to say about it:

This was the first feature film to be produced after the country’s liberation. It gives a pictures of boundless joy and emotion of the Korean people who are now liberated from the colonial yoke of Japanese imperialism thanks to the glorious anti-Japanese struggle organized and led by the great leader Comrade Kim Il-Sung.

Unable to endure the insult of the landlord, the leading character Gwan Pil gives vent to his rage. Because of this, he is deprived of his tenant land and is put in jail by the Japanese imperialists. In prison he gains class consciousness under the influence of Hak Jun, a political operative of the Korean People’s Revolutionary Army. He runs away from prison and joins the KPRA. In the flames of struggle he grows up to be a staunch fighter and able underground operative. He discharges with credit the charges of underground activities in the homeland. Gwan Pil returns home after liberation and enjoys a happy reunion with his mother and the villagers. Together with his sweetheart Ok Dan, he comes out in the building of a new society.

It was a struggle making it through the film, to be honest. Not much in the way of visual excitement could meant that I was often left totally bewildered about what was going on. Still, as a historical artifact, the film reflects the importance of cinema new communist regimes. And I’m glad I got to see it… eventually.

If you’re looking to get your hands on a copy (as I mentioned there are no English subtitles), you can head over to North Korea Books.