Shin Sang-ok had many lives.

He began his cinematic career working on Choi In-gyu’s Viva Freedom!, the first film made in Korea after attaining independence from Japan. From there Shin went on to have a sparkling career in the “Golden Age” of Korean movies. His 1961 effort, Mother and a Guest, is a beautiful literary adaptation which is both lyrical and (mildly) daring in its use of sexual themes.

Told from the impossibly cute perspective of Ok-hui (Jeon Young-seon), the young daughter of the widowed mother (played by Shin Sang-ok’s then wife Choi Eun-hee), the film demonstrates why Shin was known as the Orson Welles of Korean cinema.

Alas, there was far more to happed in Shin’s long and distinguished career that would give him more notoriety that his great films of the 1960s. After falling out with the Korean government, he was forced to head to Hong Kong to make films for the Shaw Brothers and Golden Harvest studios.

In 1978 Shin joined his then ex-wife in North Korea where he directed 7 films over the coming years, perhaps the most prolific and artistically important period for North Korean films.

The pair then went to the US and the final stage of Shin’s remarkable career began when he produced a series of films that many of us will remember from our childhood: 3 Ninjas. 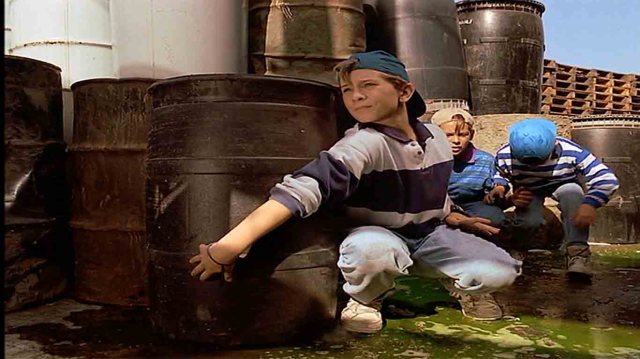 As the title of Shin’s autobiography suggests (I, Was a Film) Shin had one of the most remarkable lives you could ever imagine, and in the coming weeks I’ll look at some of the amazing films he produced. But for now, I suggest tracking down Mother and A Guest. You won’t regret it.

One thought on “Director: Shin Sang-ok”